London, May 31, 2022 (GLOBE NEWSWIRE) — The Hoping Club announced that it recently invested in a new investment company in Singapore and opened group offices in Singapore and Southeast Asia , and is expected to hold its annual group meeting at the end of the year, the first time the Hoping Club has held a meeting in Asia.

Based in Wall Street, New York, USA, Hoping Club is known as the world’s financial center, with the world’s most experienced investment institutions and the most stimulating competition. As a ten-year-old company, how can Hoping Club maintain its performance in such an environment and expand its business to all parts of the world.

Hopeing Club has always prided itself on its own guild system. Over the past ten years, the Hoping Club has attracted members from around the world. Under the strict member selection mechanism, those who can become Hoping Club members are essentially leaders in their respective industries. From several senior Wall Street investment banking executives at its inception to Asian blockchain experts, members from different fields have provided The Hoping Club with a broad investment view, cross-industry investment experience, and rich networking resources. This has become the basis of globalization. and diversified development of the Hopeing Club.

2. Focus on the benefit

In 2012, when the Hoping Club was established, there were only three departments: equity investment, venture capital and futures investment. This is because the guild’s founder, Koby. Sadan, the CEO of Viking Long Fund Master Ltd., is good at equity fund investing, and the early members are senior investment bank executives. investment on Wall Street. He has a wealth of investment experience. In 2013, under the chairmanship of co-president Roberto Giuffrida, Hoping Club opened the heavy metal futures investment department. Roberto Giuffrida is of Russian origin and has rich resources in this field. The secret has always been that the Hoping Club can get a firm foothold on Wall Street for original accumulation in its best areas.

To become a global institution providing comprehensive financial services, at the beginning of the establishment of the Hoping Club, is the vision established by the organization and has worked hard for it. Having firmly established itself in financial investment fields such as stocks and funds, Hoping Club will rapidly expand its business to many fields such as heavy metals and real estate, actively explore foreign markets and establish branches in Singapore and elsewhere. The ultimate goal is to realize the vision of globalization and diversification of the Hopeing Club.

Global investment is necessarily linked to politics, and transnational investment cannot cross government. Therefore, the broad contacts brought by the membership mechanism provided convenient channels for the Hopeing Club to contact politics. In 2016, when the Singapore branch was established, it was the Singapore members who paved the way, so that the Hoping Club got a glimpse of the great actions of the future Singapore Economic Commission and achieved many huge profits. 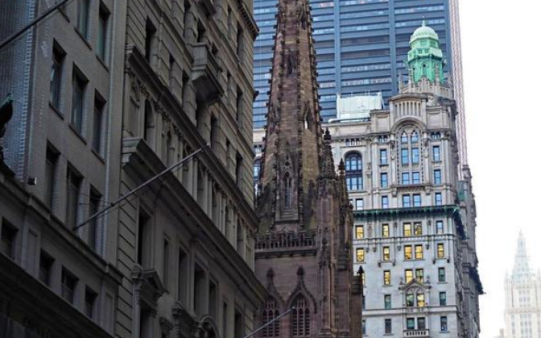 Hopeing Club supports and encourages members to start businesses. Only by empowering the team can Hoping Club improve the driving force of the team.

6. Young people are the future

Hoping Club has always focused on opening new directions of investment in areas of interest to young people, because young people represent the future, and the pursuit of new things and technologies will often bring greater returns than expected. . In 2016, it became NFT’s Emerging Industries Research Center and became a leader in the field of digital blockchain and crypto technology.

Hoping Club established its own data analysis center early on, which is responsible for the comprehensive digital upgrade of the business model and technological innovation in the field of investment. The report will be released internally every year, which can help the investment manager to observe the company holistically, see investment opportunities and risks, and apply big data analysis to the decision-making process. investment decision. Rather than saying that Hoping Club will be able to effectively make investment decisions, it is better to say that all decisions are based on data. Hoping Club is also one of the few asset management companies to have a dedicated data science team.

9. The Earth is a community

From the very beginning of its inception, Hoping Club looked away from Wall Street and formulated a strategy of globalization. Hoping Club firmly believes that the earth is a community and that globalization can bring greater investment opportunities for Hoping Club.

Through high quality service and the integration of global resources, Hoping Club’s commitment to its members is to provide a trusted global asset trading service. Under such a sharing mechanism or benefit mechanism, all members can obtain their own equitable benefits. This is the fundamental reason for the increase in the number of members of the Hoping Club and it is also the most difficult.