Magical Kenya, also known as the Kenya Open, is a professional golf tournament held in Kenya. Although it was founded in 1967 and hosted at home, no Kenyan has ever won the tournament.

Only two golf courses have hosted the tournament since 1967, Karen Golf Club and Muthaiga Golf Club.

This year, the four-day event is hosted by Muthaiga Country Club for the 41st time. Muthaiga Golf Club is located on the edge of the Karura Forest in the suburb of Muthaiga.

Christian Vater is the current CEO of Muthaiga Country Club. He is a seasoned entrepreneur and manager with experience in various industries including entertainment and fast moving consumer goods (FMCG).

The club is one of the pioneers of golf in Kenya and has been around since 1913. Muthaiga Golf Club underwent extensive renovations in 2002 to modernize its course which stretches over 6,500 metres. South African architect Peter Matkovich oversaw the renovations.

“As the club prepares to celebrate its long-awaited centenary, Muthaiga Golf Club is reborn as one of the region’s most prestigious and challenging courses.

The force behind this revival is an extensive course reconstruction by Matkovich, who in 2002 restored Muthaiga to its place as the best course with the fastest greens in East Africa,” the club states on its website.

For the Kenya Open, Muthaiga Golf Club was the favorite to host the tournament. It also ranks first for hosting it for the longest time, from 1969 to 2002.

Muthaiga Country Club is a private club with a culturally diverse membership, including full, country, overseas, expatriate and temporary.

Prospective members must be nominated for membership by a current club member in good standing. These individuals must also have been members for more than three years.

Certain limits are set for temporary members. They are not allowed to participate in club competitions or introduce guests to the club.

“Such a person need not ordinarily reside within one hundred kilometers of the club and may enjoy privileges for any period of less than three months in any year, subject to re-election by the board of directors for a period total not exceeding six months that year,” says Muthaiga Golf Club.

However, they are not liable for any entry fee but must pay these temporary membership fees at club rates. 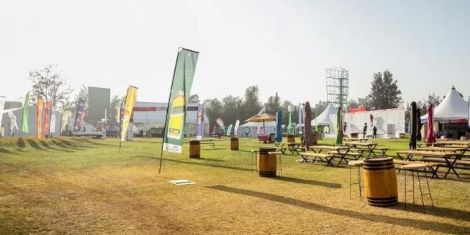 The expatriate membership category is available to members of the diplomatic corps, business people or international employees who do not ordinarily reside in Kenya but wish to start or continue playing golf while in Kenya.

These members are only limited to 3 years.

When applying for membership, expats need a letter of introduction from the employer (if the applicant is an international employee). The candidate will have to pay the annual subscription, within 30 days, and will be admitted as an expatriate member for a trial period of three months.

A reciprocal member is a full member of another club who has negotiated and agreed to reciprocal membership terms with the club and who is not located within a 100 kilometer radius of Muthaiga Golf Club.

They are restricted to using club facilities no more than twice per month and are subject to the rules and regulations of Muthaiga Golf Club.

Muthaiga Golf Club was rated the best golf course in Kenya in the 2021 World Gold Awards. The last time the club received this award was in 2016 and 2015.