Tony Hetherington is the Financial Mail on Sunday’s investigator, battling readers’ corners, exposing the truth behind closed doors and winning victories for those who have been left behind. Find out how to contact him below.

PH writes: I am the secretary of a local fishermen’s association and our viability is in doubt if we cannot resolve our banking arrangements with HSBC.

The problems started in September last year, with the bank’s ‘safeguard’ review. We’ve done business with HSBC for years, but now it’s suddenly demanding to see documents we don’t have, such as utility bills and proof of our address.

The list of requests for information seems endless and the goalposts move with each communication.

Tony Hetherington replies: There was a time when local bank staff knew their customers. Now, however, HSBC says it is reviewing all of its accounts to combat fraud and money laundering.

Its automated online exam is a tick-box exercise that the bank says should take around half an hour, but in fact can take months as HSBC sends customers back to its multi-page online questionnaire time and time again, often requiring things that simply do not exist.

Small charities, clubs and local associations have all told me they have been treated with suspicion because their leaders are volunteers who work from home. They have no business premises, no Companies House records, and certainly no gas, electric, water or council tax bills – yet HSBC demands them as if they prove honesty account holders.

Only if you complain loud enough and are lucky enough to contact a human being at HSBC could you finally be told you can keep your account.

That’s not the end of the matter though. HSBC is reclassifying accounts for small organizations and charities, and is starting to charge fees on accounts that previously had no bank bills. Your small group of East Coast anglers now have to pay a flat fee of £5 per month, plus a surcharge for any actual account usage. HSBC has assured me that it is not trying to get rid of small, unprofitable customers, but that can certainly be the effect. I can’t help but think that when comedic actor Richard Ayoade of The IT Crowd does TV commercials for HSBC and says, “We’re part of something much, much bigger”, he’s thinking about Communist China.

Many HSBC customers initially joined Midland Bank, and it should be remembered that HSBC stands for Hong Kong & Shanghai Banking Corporation. The bank may have its base in London, but its markets and profits are largely in Asia. And in Hong Kong itself, HSBC obeyed police orders to freeze the accounts of pro-democracy activists. He says he has to do it to obey the law, but manages to forget that HSBC itself asked Beijing to impose those same laws in the first place, making Hong Kong totalitarian.

HSBC says you and your small group of fishermen have managed to persuade the bank that you are not crooks, so you can keep your account. But you yourself told me that bank charges were enough to bring down your century-old organization. So here’s the answer: Switch to NatWest.

NatWest will accept clubs and societies if the application is made by a member who has an existing NatWest account or financial product. As long as the annual turnover is less than £100,000, there are no fixed fees or charges for daily transactions. And there is no minimum time a NatWest Group customer must have held an account before being allowed to open a club or company account free of charge.

So if your organization doesn’t have a member with a NatWest account, open one and enjoy free banking services for you and your fishing friends.

Was the autofill error behind the six-month Isa transfer battle?

RB writes: I applied for an Isa transfer from Virgin to Nationwide, and about a week later Nationwide told me to go to a branch with proof of ID, even though I’ve had an account there for over 15 years old.

I went to a branch, showed my passport and driver’s license and was told the transfer would continue, but nothing happened. 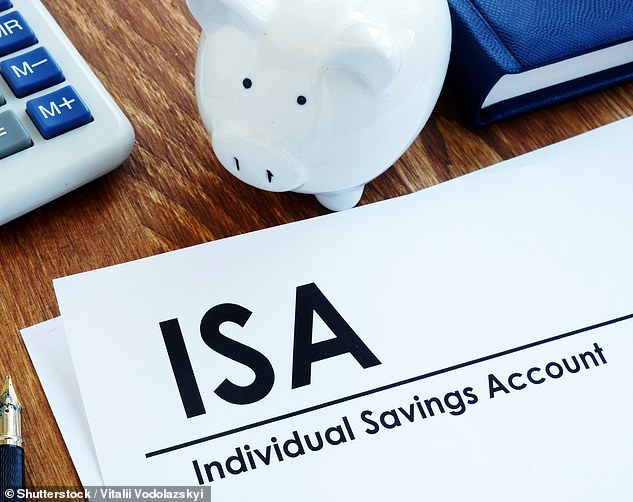 Non-starter: Request for Isa transfer from Virgin to Nationwide never took off

Tony Hetherington replies: Prior to contacting me, you filed a complaint with Nationwide, but two months later when nothing had happened and you complained again, you were told to contact the Financial Ombudsman Service.

I asked Nationwide what went so wrong, and they told me that the postcode on your Isa application didn’t match your address, so it was rejected. It’s unclear where the incorrect ZIP code came from because you haven’t changed your address in over a decade, but it could be an auto-complete error.

A spokesperson said: ‘Although the original request was properly declined due to address mismatch, we should have explained this to our member sooner.’

Nationwide said it would open your Isa and increased its offer from £125 for inconvenience to £250. Unfortunately, your application staff apparently didn’t get the message and told you that they couldn’t even find your application.

And when that was corrected and your Isa was opened, it showed an interest rate of 0.25% instead of the 0.4% that was offered when you applied. This has also been fixed but overall your Isa transfer took around six months instead of days.

If you believe you have been the victim of financial wrongdoing, write to Tony Hetherington at the Financial Mail, 2 Derry Street, London W8 5TS or email [email protected] Due to the high volume of inquiries, no personal response can be given. Please only send copies of the original documents, which we regret cannot return.

Some links in this article may be affiliate links. If you click on it, we may earn a small commission. This helps us fund This Is Money and keep it free to use. We do not write articles to promote products. We do not allow any business relationship to affect our editorial independence.